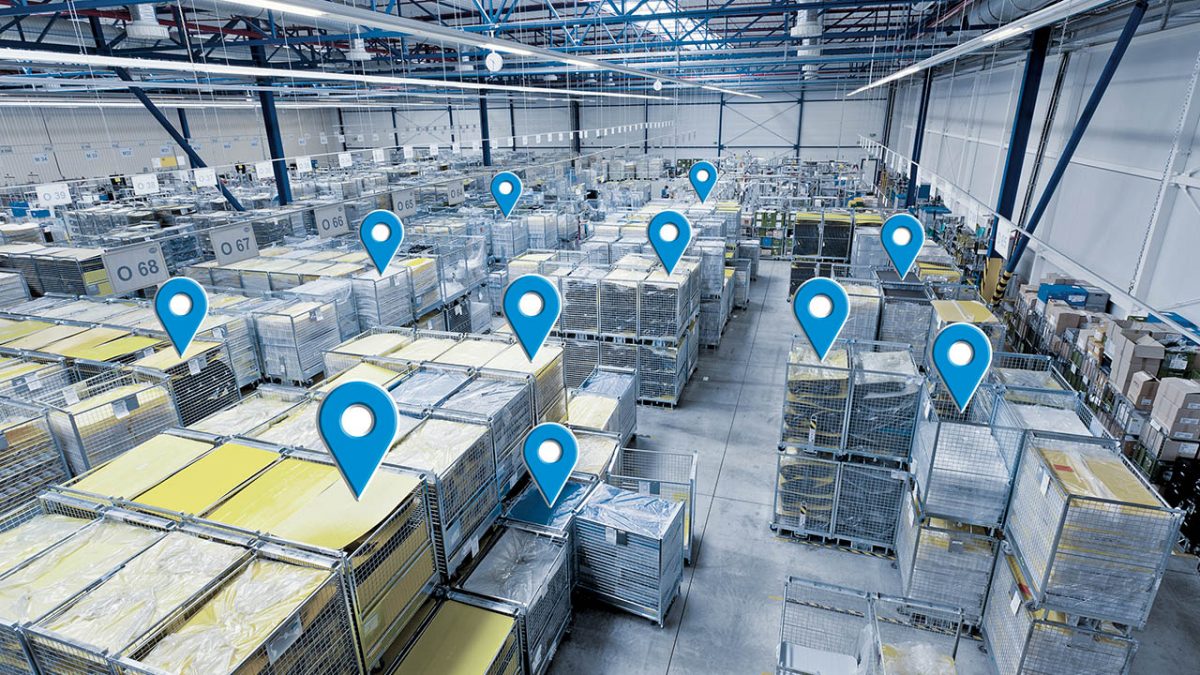 Asset tracking is one of the common applications of indoor positioning technologies, It is very similar to indoor positioning navigation, except that people are more interested in tracking moving objects. it is a network-centric application (that is, objects are tracked by the system, and objects usually do not know their own locations). The technology used in both applications is also similar and even the same in many cases.

There are 4 kinds of popular indoor positioning technologies that are most suitable for asset tracking today, let Crepak introduce these technologies below for you.

For Bluetooth positioning, Bluetooth gateway and beacons are used in asset tracking systems. Gateways are installed in specific areas within the facility, and they receive signals transmitted by the tags (which operate as Bluetooth beacons) of different assets. The received signal strength value (RSSI) of the broadcast message sent by the beacons to each gateway within the range is uploaded to the backend server. The back-end server knows all the gateways and can use RSSI values to determine the approximate locations of Bluetooth beacons (asset tags) within the facility.

The advantages of using active RFID and Bluetooth low energy technology in asset tracking applications include:

While the disadvantages include:

In 2019, a new feature called Bluetooth® Direction Finding was introduced in the Version 5.1 of the Bluetooth Standard Specification. This new feature allows Bluetooth low energy gateway to significantly improve the positioning accuracy according to Angle of Departure (AoD), Angle of arrival (AOA), or both.

AoA is a suitable technology in the case of asset tracking. In this condition, multiple positioning gateways (receivers) are installed in one facility. Each gateway is equipped with an antenna array to determine the direction of arrival of the signal received from a Bluetooth beacon (asset tag) that uses a single antenna. AoA information is used to determine high accurate positions of beacons. Then the location of the asset is usually sent to the user of the asset tracking system through a network interface (via a back-end server).

The advantages of Bluetooth AOA positioning include:

While the disadvantages include:

UWB positioning is a short-range radio technology that is popular for indoor navigation and asset tracking systems. UWB positioning operates in a frequency range of 3.1 and 10.6 GHz with a bandwidth of at least 500 MHz.

UWB-based asset tracking systems utilize time of flight measurements rather than RSSI or directional search (AoA, AoD) measurements, and the measurement results are then used for three-way frequency calculations to determine the device location.

The basic principle of the time-of-flight method is to calculate the distance from one device to another by knowing: (1) the time it takes for a signal to travel from the transmitter to the receiver; (2) the signal speed. Finally, these values are used in three-way frequency calculations to calculate the location of the target device.

Here are the main advantages of the UWB asset positioning system:

Some disadvantages when implementing asset tracking with UWB technology include:

LPWAN technology has recently become increasingly popular in asset tracking applications, especially when remote tracking is required. LPWAN-based solutions typically utilize Auxiliary GPS (A-GPS) to determine locations. However, this approach is limited indoors, so the solution for this scenario uses RSSI or time of flight (ToF) triangulation instead of location determination.

Advice on the selection of assets tracking technology

It is important that most asset tracking systems will utilize multiple technologies, each technology has its own function and is used for specific applications. For example, Wi-Fi can be used for data transmission between different locators and back-end servers deployed within the facility, while technologies such as Bluetooth AoA and UWB are most commonly used to determine the locations of target devices within the area.

When choosing the technology, the most important is to consider the positioning accuracy. In general, the higher the accuracy is, the higher the cost is and the more complex the system is. Positioning accuracy affects the choice of technology used in an asset tracking system. An important point is that with the addition of direction-finding, Bluetooth AoA technology can achieve high precision at a lower cost than other indoor positioning technologies, especially for the total cost.

Some asset tracking systems can also collect sensor data with the device. just need to add sensors to the positioning tag and attach it to the assets, in this case, latency is critical to the feasibility of the technology being used. 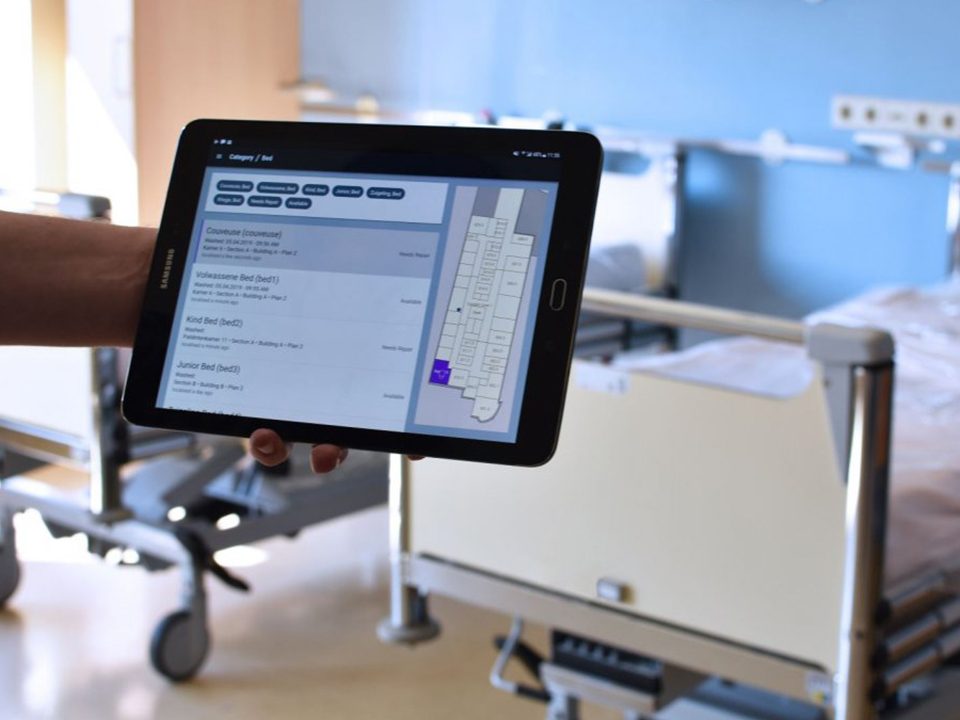 7 Things You Can Track With RFID In Healthcare 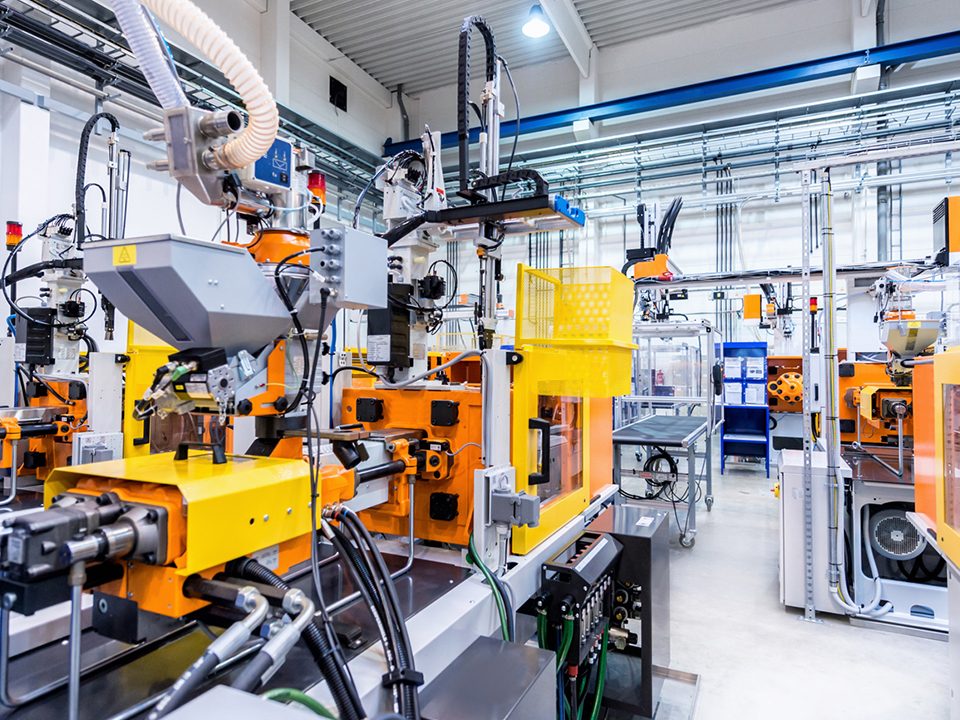